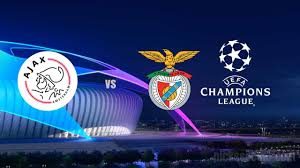 Everyone at the Johan Cruijff Arena in Amsterdam expects a great game, because Ajax host Benfica in a match from Group E of the Champions League.

Surprising or not, but Ajax leads Group E of the competition after the first two rounds. This was possible after the team’s win over AEK in the first round and the 1-1 draw against Bayern Munich at the Allianz Arena in the second one.

We won’t tell you anything new – Bayern were favourites to beat Ajax, but the Dutch team showed some good tactical discipline, managing to win a point at a very difficult ground to play at. This point actually allowed Ajax to remain on the top of the group – for at least one more round.

Bayern Munich remain a favourite for the first place in the group, while Ajax and Benfica will do their best to reach the 1/8-finals as well. This is a very important game between these two sides, because they are direct rivals for one of the first two places in the group.

Benfica are currently 3rd in the group, but with 3 points and just one point behind Ajax and Bayern. In the previous round the Portuguese team enjoyed its first win in the group, achieving a dramatic, but important 3-2 win over AEK in Athens. This showed everyone that Benfica will fight to progress in this group, despite of having some problems at the moment.

The match between Ajax and Benfica shall give us some attacking football, because teams from these two countries always have some good style. Ajax have the home ground advantage here, but in the previous round Benfica achieved a win away from home, let’s not forget this. This is an important game from strategical plan, so it shall be interesting.