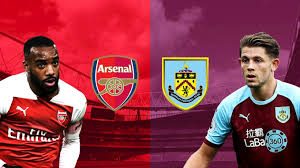 Arsenal welcomes Burnley in a match from the 18th round of the English Premier League. Let’s discuss this clash at the Emirates Stadium in London.

Arsenal are currently 5th in the league standings with 34 points. The Gunners’ record so far shows 10 wins, 4 draws and 3 defeats since the beginning of the campaign. In their last five games Arsenal won three times, made one draw and suffered one defeat against Southampton at the St. Mary’s.

This was a bad day for Arsenal. Unai Emery’s team was a huge favourite against Southampton, but the Saints managed to win the game with 3-2. Henrikh Mkhitaryan scored a brace for the Londoners, but Southamptom managed to clinch the win with goals from Danny Ings and Charlie Austin.

Right now Arsenal are 3 points behind the 4th Chelsea in the league standings. The team’s goal is to reach the Top 4 and return to the Champions League, but it won’t be easy. They have to be as consistent as they can.

Burnley on the other hand are struggling this season. Right now Sean Dyche’s team is 18th in the standings, being positioned in the relegation zone of the league with just 12 points won so far. Burnley’s record so far shows 3 wins, 3 draws and 11 losses.

In their last five games Burnley won once against Brighton & Hove Albion at home, but also suffered four defeats. In their last fixture Burnley suffered a 0-1 loss during the visit to Tottenham, when Christian Eriksen scored the winner for the Spurs.

Arsenal are the clear favourite for clinching a win against Burnley. They will try to bounce back after the defeat against Southampton in the previous round. Burnley on the other hand really need points right now, but for them it’s going to be difficult at the Emirates.