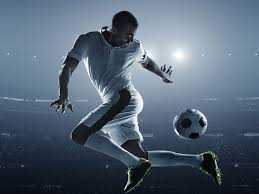 Atalanta welcomes Napoli in a match from the 21th round of the Italian Serie A. It should be a really good game in the city of Bergamo.

Last season Atalanta performed really strong and the team qualified for a participation in the Europa League. Now their goal is the same. Gian Piero Gasperini’s team is currently 7th in the Serie A standings, trailing on just goal difference behind the 6th Sampdoria. Although Sampdoria have a game in hand, we should remind this.

So far Atalanta have won 30 points. They have a record of 8 wins, 6 draws and 6 losses. They perform good lately. In their last five matches they have won three times and lost just once – against Cagliari at home. Which was a really surprising result to see.

Now Atalanta will have a very tough task against Napoli. The Azzurri are leaders in Serie A, having won 51 points so far. Napoli have one point advantage in front of the champions Juventus and this time they are really aiming to win the title – their fist title since Diego Maradona’s era at Naples.

Right now Napoli are enjoying a great streak of four consecutive wins. For the last time they lost points during the 0-0 draw against Fiorentina at home. Now the Azzurri will try to make it five in a row. In the last round Maurizio Sarri’s boys managed to beat Hellas Verona with 2-0 at home.

For Napoli it’s very important to win this game, because they’d want to keep their lead in front of Juventus. In the same time the Old Lady is welcoming Genoa at home, so most likely they are going to win this one.

It’s a difficult game to predict. Napoli are leaders in the Serie A, but Atalanta are a very strong team as well. Be careful with this one.