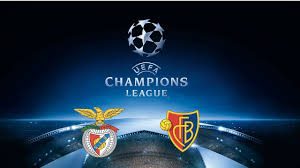 The surprising underdog in Group A of the UEFA Champions League Benfica hosts Basel at the Estadio da Luz in Lisboa.

Benfica were a favourite for a qualification for the knockout stage of the competition, but right now they are on the last 4th place in the group with zero points won so far. It’s a shocking scenario for Benfica, especially with this group not being that difficult as it could have been. Yes – Manchester United are an European powerhouse, but Basel and CSKA Moscow shall not be that scary for Benfica.

After suffering five defeats in a row in this group, Benfica lost chances even for the third place and a qualification for Europa League. Now they can only play for their prestige and reputation. And at least try to end their participation in the Champions League with some points.

Basel on the other hand are currently second in the group with 9 points. They have the same amount of points as the third CSKA Moscow, who are visiting Manchester United in the other game.

It’s a big game for Basel, because the Swiss team can qualify for the next round, if they win at the Estadio da Luz. No matter what happens in the other game. Basel can qualify with every possible result – even a draw or a loss, but in this case it will depend on what’s happening at the Old Trafford.

That’s why you can be sure that Basel would want to do their own job and win in Lisboa. In this case they won’t have to rely on Manchester United to help them.