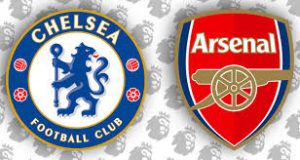 Chelsea hosts Arsenal in a game from the second round of the English Premier League. This match is going to be played on Saturday evening at the Stamford Bridge in London.

Both teams are with brand new managers, but they started the new season in a completely different way. Chelsea’s new coach Maurizio Sarri led the Blues to a win in the first round, beating Huddersfield Town with 3-0 away from home. N’Golo Kante, Jorginho and Pedro scored the winning goals for the visiting side. Thanks to this win and the three goals scored, Chelsea are right now 2nd in the Premier League standings.

Opposite to Chelsea and Sarri, Arsenal’s new manager Unai Emery started his adventure at the Emirates Stadium with a loss. In the first round of the league, the Gunners suffered a 0-2 home defeat against the reigning champion Manchester City. Arsenal are clearly not what Emery wants for them just yet. The Londoners were outperformed by Pep Guardiola’s side. We can say that Manchester City dominated this game and deserved to win.

Arsenal’s defenders Laurent Koscielny and Sead Kolasinac are ruled out for the game. The same could be said about another one of the Gunners’ defenders – Carl Jenkinson, who is plagued by an ankle injury.

Maurizio Sarri could be without Gary Cahill and Cesc Fabregas, who are doubtful for the clash at the Bridge. Both of them missed the Huddersfield match as well, so now it’s still about to be decided if they can feature against the Gunners.

Based on the home ground factor and performance in the previous round, Chelsea are a clear favourite against Arsenal. For now it looks like Maurizio Sarri has done a better job during the summer than Unai Emery. But let’s see if Arsenal are not preparing some kind of a surprise for the home team here.