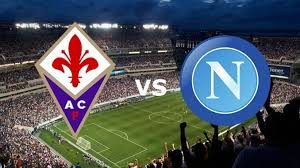 Fiorentina hosts Napoli in a match from the 23th round of the Italian Serie A. Let’s have a look at this fixture at the Stadio Artemio Franchi in Florence.

Fiorentina are having an average season so far. Right now La Viola are 9th in the league with 31 points. They have 7 wins, 10 draws and 5 defeats. Right now Fiorentina are just 4 points behind the 6th Atalanta and the Europa League zone, so they still have a chance to be in Europe next season. But they need to push as strong as they can.

In their last five games Fiorentina won only once, though – against Chievo away from home. They also made three draws and suffered one defeat.

In their last match La Viola shared the points with Udinese for a 1-1 draw at the Dacia Arena. Jens Larsen opened the score for the home side, but Fiorentina equalised with a goal from Edimilson Fernandes 9 minutes later.

Napoli are 2nd in the Serie A standings with 51 points. The Azzurri have 16 wins, 3 draws and 3 losses in the games played so far. In their last five games Carlo Ancelotti’s boys won three times, made one draw and suffered only one defeat against Inter at the San Siro.

In their last match Napoli enjoyed a comfortable 3-0 win at home against Sampdoria. The home side dominated the game at the Stadio San Paolo, winning with goals from Arkadiusz Milik, Lorenzo Insigne and Simone Verdi. It was a master class performance by Napoli, who remain “the best from the rest” after the champion Juventus. Most likely Napoli will finish 2nd in the league, only behind the soon-to-be champion Juve.

These are our thoughts about the Serie A fixture between Fiorentina and Napoli at the Stadio Artemio Franchi.