>Frosinone hosts Napoli in a game from the 34th round of the Italian Serie A. Let’s have a look at this fixture and give you a solid information about these two teams’ current situation.

For Frosinone everything looks pretty lost now. They are 19th in the league with 23 points won, being 10 points behind the 17th Udinese and the safe zone. In other words, they need a miracle now in order to survive. But are miracles possible at this point? Well, you can answer this to yourself.

Frosinone resurrected their chances of survival with two consecutive wins over Parma and Fiorentina, but these two wins were followed by losses against Inter and Cagliari. Maybe a win against Napoli would bring the team back to life, but this would be very hard for them against one of Serie A’s best teams.

After oficially losing the title to Juventus, now Napoli are playing to secure the 2nd place in the standings. At this point the Azzurri are 2nd in the league with 67 points, having 6 points advantage in front of the 3rd Inter. In reality it doesn’t make much of a difference to finish 2nd or 3rd, but now it is what Napoli are playing for. 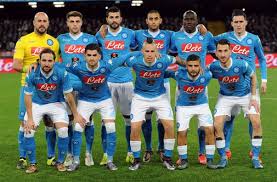 Now the big question is how big is Napoli’s motivation to finish the season on a high note. In their last game Carlo Ancelotti’s boys suffered a home defeat, being beaten by Atalanta with 1-2 at the Stadio San Paolo. Dries Mertens opened the score for Napoli, but after the halftime break Daniel Zapata and Mario Pasalic clinched the win for the team from Bergamo.

In conclusion we can say that Napoli are the clear favourite against Frosinone, but it depends on the team’s motivation at this phase of the season. If they want to finish with with a style, then Frosinone do not have a lot of chance here.