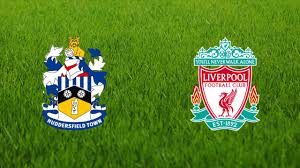 Huddersfield Town welcomes Liverpool in a match from the 9th round of the English Premier League. Stay with us, because we are about to take a look at this game.

Huddersfield Town are currently in the relegation zone of the Premier League, being 18th in the standings with just 3 points won so far. The team is still without a win in the league and with a record of 3 draws and 5 defeats. It has been a tough start for David Wagner’s boys, that’s for sure. If they continue like this, for them it could be very difficult to remain in the league. Of course, it’s still a pretty long road ahead, but Huddersfield won’t be able to survive, if they don’t improve their performance in near future.

In their last game Huddersfield still won a point, though. They made a 1-1 draw during their visit to Burnley at Turf Moor. Samuel Vokes opened the score for Burnley, but Christopher Schindler equalized for Huddersfield with a goal after the brake. This way Huddesfield put an end to their negative run of three consecutive losses.

Liverpool are a title contender this season, that’s for sure. Right now the Reds are 3rd in the Premier League standings, but being on par with the leader and a champion Manchester City. Both teams have 20 points won so far and a record of 6 wins and 2 draws.

In their last match Liverpool faced Manchester City at the Anfield. The game ended with a 0-0 draw, with City missing a penalty kick in the dying minutes of the match. We can say that Liverpool got lucky to survive that night.

That’s our preview of the Premier League clash between Huddersfield Town and Liverpool. Whatever you have decided about this one, we wish you good luck.