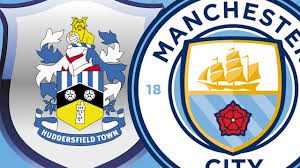 Huddersfield Town welcomes Manchester City in a game from the 23th round of the English Premier League. Let’s take a look at this fixture.

Huddersfield Town are hosting the champions with a new manager. The American David Wagner was sacked by the club’s board, so against City the team is going to be led by Mark Hudson. The sacking of Wagner was not a surprise, of course. Right now Huddersfield are 20th in the league with just 11 points won, being on 8 points behind the 17th Cardiff City and the safe zone. In other words, they really have a lot of work to do in order to secure their survival, which is not going to be easy.

Right now in the league Huddersfield Town have a record 2 wins, 5 draws and 15 defeats, which explains why they are in such a position. In their last five games they suffered four defeats and only won a point during the 0-0 draw with Cardiff City away.

on the other hand continue the fight for the title. At this moment the Cityzens are 2nd in the league with 53 points, trailing on 4 points behind the leader Liverpool. After some dramatic period with negative results, City are enjoying a run of three consecutive wins in the league.

In their last game the champion achieved a 3-0 win at home against Wolverhampton Wanderers. Gabriel Jesus scored a brace for City, while Wolves’ Conor Coady scored himself an own goal.

Before this, Pep Guardiola’s team enjoyed wins over Liverpool and Southampton as well.

The gap between Liverpool and Manchester City is not dramatic at any point, but City don’t have room for any mistakes at the moment. They need to be perfect. Can Huddersfield Town show some spirit against the champion? Let’s see.