Will Cristiano Ronaldo score his first ever goal in the Italian Serie A? 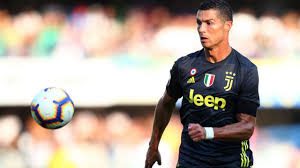 Everyone is asking this question before Juventus welcomes Lazio in a match from the second round of the Calcio.

Cristiano kicked off his new career at Juve with a win over Chievo, but the Portuguese super star did not score in this game. He had some opportunities to do it, but not the luck needed for it. But we all know how deadly he is in front of the goal, so don’t be shocked if he starts scoring in the Serie A this weekend.

Juventus are aiming to record their second win for the season against Lazio. For Cristiano Ronaldo this is going to be a debut performance at the Juventus Stadium, so the whole Turin is getting ready to welcome him and show him support. We all know that once he starts scoring, he would hardly stop.

With signing Ronaldo from Real Madrid, Juventus makes it even harder for anyone else to win the title in Italy. The Bianconeri are dominating the Serie A from years now and it doesn’t look like they are going to stop doing it anytime soon. Especially now.

Lazio had a serious dissapointment last season, when they missed on qualifying for the Champions League in the last round of the campaign. The new season also didn’t start in the best possible way for them, losing against Napoli at home. What Simone Inzaghi’s boys have to do now is regroup and show their best game against Juve, because they are going to need it.

Juventus are a clear favourite against Lazio, especially when playing at home. A lot of people will be watching this game, mainly because Cristiano Ronaldo will play for a first time at the Juventus Stadium with the Bianconeri shirt. Can he score?