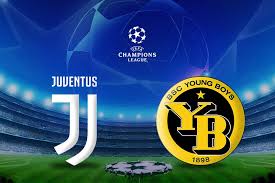 Juventus hosts Young Boys in a game from Group H of the UEFA Champions League. Let’s see what’s going on with these two teams before their meeting at the Allianz Arena in the city of Turin.

Juventus started their Champions League campaign with a convincing 2-0 win over Valencia at the Estadio Mestalla in the first round of the competition. Los Che won this game despite of the fact that their big star Cristiano Ronaldo was sent off after just 29 minutes of playing. The Bosnian international Miralem Pjanic scored a brace for Juve, being very clinical from penalty kicks.

This showed us that Juventus are strong enough to dominate games even with a ten men on the pitch. We all thought that Ronaldo’s red card will give Valencia an opportunity to dominate, but it didn’t happen. Juventus continued to play very well and won in a pretty comfortable way. There’s no doubt that they are the big favourite for winning the group.

Young Boys didn’t have a successful start of their Champions League campaign. The Swiss team faced Manchester United in the first round, but suffered a 0-3 loss at the Stade de Suisse in the city of Bern. The Swiss team hoped to offer a tough fight to United, but they were totally outplayed by Jose Mourinho’s team.

Surely Juventus are a clear favourite against Young Boys, even without the suspended Cristiano Ronaldo. The Old Lady’s manager Max Allegri have enough options to replace the Portuguese superstar. As for Young Boys, for them it’s going to be very difficult to win even a point at the Allianz Stadium.

These are our thoughts about the Champions League clash from Group H between Juventus and Young Boys. The Italian team is a clear favourite here and we don’t expect that they would have any problems in this game.