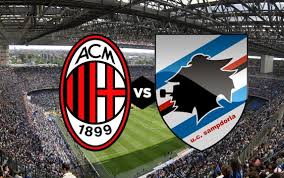 Milan welcomes Sampdoria in a match from the 10th round of the Italian Serie A. This game is going to be played at the Stadio San Siro on Sunday night.

Milan are 12th in the Serie A with 12 points won so far. The Rossoneri have a record of 3 wins, 3 draws and 2 losses. This unconsistent performance of the team is the reason why a lot of people expect the manager Gennaro Gattuso to be released from his job pretty soon. So far Milan’s board is not taking action, but maybe they are already looking for another option.

In their last game in the Serie A Milan suffered a defeat, losing the derby against Inter. The match was about to end with a 0-0 draw, but Inter’s captain Mauro Icardi scored a winner in the last minutes of the derby. it was very dissapointing for Milan, to say at least. 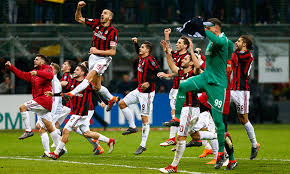 During the week Milan had a game in Europa League, which the team also lost. The Rossoneri hosted Real Betis at the San Siro, but suffered a dissapointing 1-2 defeat.

Sampdoria are doing much better than Milan so far. Samp are currently 5th in the Calcio with 15 points won so far and a record of 4 wins, 3 draws and 2 losses. They know that a win againts Milan could allow them to catch up with Lazio at the 4th place.

In their last match Sampdoria made a 0-0 draw against Sassuolo at home. It was dissapointing for them, but for Samp it was also a 4th consecutive game without a loss. Which is also very good.

That’s what we are thinking about the Serie A clash between Milan and Sampdoria at the San Siro. Milan have the advantage to play at home, but Sampdoria are performing better this season.