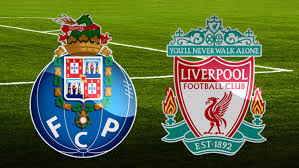 After reaching the final of the Champions League last year, now Liverpool are very close to reach the 1/2-finals again this season. The English side will try to finish the job against Porto on Wednesday, after winning the first game in Portugal with 2-0. Jurgen Klopp’s team is in a perfect position to chase a place in the next phase of the tournament.

Far from surprising, Liverpool didn’t leave any chances to Porto at the Anfield last week. The Reds did their job in the first half, when Naby Keita and Roberto Firmino scored past Iker Casillas. With a result like this and a clean sheet kept, Liverpool are in a very good position before the second leg at the Estadio Do Dragao.

If we can talk about a problem in Liverpool’s squad, this could be the fact that the manager Jurgen Klopp rarely has the opportunity to rotate his stars. During the week Liverpool had a tough game against Chelsea in the Premier League, which the Reds won. The team is probably not as fresh as Klopp would want, but in this decisive phase of the season he doesn’t have a lot of choices – he must play his best team.

Meanwhile Porto got prepared for Liverpool with a comfortable 3-0 win over Portimonense on Saturday. Yacine Brahimi, Moussa Marega and Hector Herrera scored for the Dragons. Just like Liverpool, Porto are currently engaged in a tough fight for the title in the Primeira Liga. They are currently 2nd in the standings, but having the same amount of points as the leader Benfica.

Nobody will disagree that Liverpool are the big favourite against Porto on Wednesday night. The English side already took a solid advantage in the first leg, so now the Reds can approach this game with more confidence and patience.