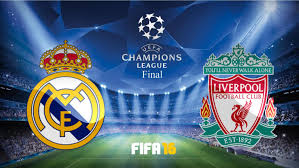 Real Madrid faces Liverpool in the big Champions League final in Kiev on Saturday night. One of these two teams will be crowned as champion of Europe. Right now Real Madrid are holding the title and they will try to defend it. But Liverpool are also eager to win.

It’s going to be very interesting to see the tactical duel between the two managers – Zinedine Zidane and Jurgen Klopp. Their decisions will be very important for the way this match is going to end.

Zinedine Zidane is the man who led Real Madrid to two consecutive triumphs in the Champions League in the last two years. He’s a true legend of the game as a player, but now he’s on his way to become an all time great as a manager, too. He gained a lot of experience by being an asisstant to Carlo Ancelotti in Madrid. After replacing the Italian manager, Zidane won twice the Champions League. He’s very solid in the European games and so far he’s flawless in them.

As a manager Zidane usually switches between 4-3-3 and 4-4-2. It depends on the choices he makes for the starting line-up. Most surely he will use one of these two formations against Liverpool as well.

Jurgen Klopp is the man who will try to break Real Madrid’s dominance in Europe. The German manager reached the Champions League for a second time in his career. He did it in 2013 with Borussia Dortmund, but he was beaten by Jupp Heynckes and Bayern Munich. Now it’s time to try again.

Klopp proved himself as a world class manager in Dortmund, winning twice the Bundesliga. If he wins the Champions League with Liverpool, he will become a legend for the Reds – that’s for sure.

In Liverpool Jurgen Klopp uses a classic 4-3-3 formation, relying a lot on the speed and physical power of his players. He’s a manager who loves the fast and agressive way of playing.

This is our look at the managerial battle before the Champions League between Real Madrid and Liverpool in Kiev.