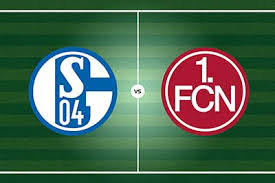 Schalke 04 hosts Nurnberg in a game from the 12th round of the German Bundesliga. Let’s take a trip to the Veltins-Arena in Gelsenkirchen to see what’s going on with these two teams at the moment.

Last season Schalke 04 did very well and finished 2nd in the league, but now the Royal Blues are having a very tough season so far. Right now Schalke are 14th in the league standings with just 10 points, which is far away from what they hoped for before the start of the campaign. Right now they are participating in the Champions League, but in the Bundesliga they are just mediocre since the start of the season. Their record at the moment shows 3 wins, 1 draw and 7 losses.

In their last five games Schalke won twice, lost twice and made one draw. In the previous round the Royal Blues suffered a 0-3 defeat against Eintracht Frankfurt, which was just another dissapointing result for them. It’s surprising that the manager Domenico Tedesco is still not sacked, taking into account Schalke’s mediocre performance in the last few months.

Nurnberg are also a team with problems right now. They are just one position behind Schalke in the standings, being 15th with the same amount of points – 10, but having a worse goal difference. The club’s record in the league so far shows 2 wins, 4 draws and 5 defeats. In their last five games Nurnberg are without a win – two draws and three losses.

That’s what we think about the Bundesliga game between Schalke 04 and Nurnberg at the Veltins-Arena. Clearly both teams have problems now, but they still have some time to improve and do better in the league. The question is – can they do it? Let’s see what they are going to offer us on Saturday.