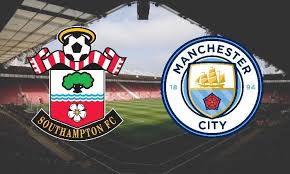 Southampton welcomes Manchester City in a game from the 20th round of the Premier League. Let’s examine this clash at the St. Mary’s.

Southampton are currently 16th in the league with 15 points won and a record of 3 wins, 6 draws and 10 losses. They achieved two wins in their last five matches – against Arsenal and Huddersfield Town, but also suffered three losses against Tottenham, Cardiff City and West Ham United. Right now the Saints are just 3 points above the 18th Burnley and the relegation zone, so they are in a dangerous position to be in.

In their last fixture Southampton suffered a 1-2 loss at home against West Ham. Nathan Redmond opened the score for Southampton, but Felipe Anderson scored a brace for the Hammers, who are in a pretty good form right now.

Manchester City are in a crisis right now. Very unlikely for them, Pep Guardiola’s boys suffered three losses in their last four games in the league – something which you can’t see very often. The loss against Chelsea was followed by a win against Everton, but after this the Cityzens suffered back to back losses against Crystal Palace and Leicester. This is the reason why right now City are 7 points behind the leader Liverpool and already third in the standings.

Against Leicester everything started well for the champions. Bernardo Silva opened the score for City, but Leicester turned the game around with goals from Marc Albrighton and Ricardo Pereira. It was really dissapointing for City to lose like this, especially after opening the score. Now the champions must be perfect in their performance, if they want to catch up with the leader Liverpool.

Manchester City will give their all in order to get back on the winning road against Southampton, that’s for sure. Let’s see if they can do it.