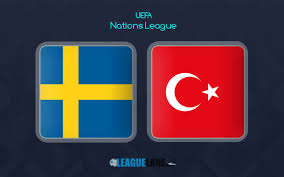 Sweden welcomes Turkey in a game from Group 2 of League B of the UEFA Nations League. This match is going to be played at the Friends Arena in the Swedish city of Solna.

For Sweden this is going to be a first game in the Nations League. The Scandinavians had a successful World Cup in Russia, where they managed to reach the 1/4-finals of the competitions. The Swedish team was eliminated by England, but being one of the best eight teams in the tournament was an excellent performance by them.

After the World Cup Sweden participated in one friendly game. Janne Andersson’s team travelled to Wien to face Austria, but they suffered a 0-2 defeat. Filip Helander scored himself an own goal, while David Alaba added one more goal for the Austrian team. But it was not a big deal as it was just a friendly match. Now Sweden will try do better in their opening game from the Nations League.

Turkey already played their first game in the Nations League, but they suffered a 1-2 defeat at home against Russia. Denis Cheryshev opened the score for Sbornaya in Trabzon, but Serdar Aziz managed to equalize for Turkey. Russia’s winning goal was scored four minutes after the break, when Artem Dzyuba put the ball in the net for the final 1-2.

Based on their performance at the World Cup, we can say that Sweden are a team which developes very fast in the last few years. The manager Janne Andersson is doing a great job and his work made the team very competitive. Turkey on the other hand did not qualify for the last World Cup, but managed by an experienced coach like Mircea Lucescu, they have the ambition to improve and once again return among the best in the world.