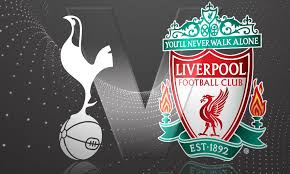 Tottenham hosts Liverpool in a match from the 5th round of the English Premier League.

Tottenham started the new in a very convincing way, winning their first three matches from the new season. But in the fourth round Spurs made a mistake, suffering 1-2 defeat during the visit to Watford. Mauricio Pochettino’s boys opened the score with an own goal from Doucoure, but goals from Troy Deeney and Craigh Cathcart led to a win for the home team. This was Tottenham’s first loss for the new season. Right now they are 5th in the Premier League standings, being on 3 points behind the leader Liverpool.

Liverpool on the other hand are flawless since the start of the new season, winning all of their four games so far. Jurgen Klopp’s team is highly motivated to fight for the title and so far the Reds are doing very good. They are even leading the Premier League standings, having a better goal difference than the 2nd Chelsea and the 3rd Watford. In their last game Liverpool enjoyed a 2-1 win during the visit to Leicester City, thanks to goals from Sadio Mane and Roberto Firmino.

The Senegalese international Sadio Mane started the new season in a very impressive way. Alongside Aleksandar Mitrovic from Fulham, Mane is leading the goalscorers’ chart with 4 goals since the start of the campaign. So far he’s outscoring his teammate Mohamed Salah, who was Premier League’s most effective player last season.

This is surely a very intriguing game to look forward to. Tottenham know very well that they can’t afford to lose second game in a row after the defeat against Watford. Liverpool on the other hand are aware that they must make it five in a row if they want to keep their first place in the standings.