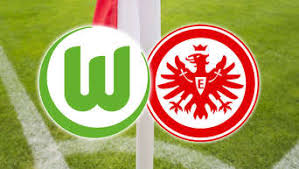 We are heading to the Volkswagen Arena, where on Monday night Wolfsburg faces Eintracht Frankfurt in a game from the 30th round of the German Bundesliga. Let’s take a look at this fixture.

At this moment Wolfsburg are 9th in the Bundesliga with 45 points, but still having a huge chance to play in Europe next season. Right now they are just 2 points behind the 6th Hoffenheim and the Europa League zone. At this moment the Wolves have a record of 13 wins, 6 draws and 10 losses since the begining of the season.

In their last five games in the league Wolfsburg won twice, but also suffered three defeats. In their last game Bruno Labbadia’s boys visited RB Leipzig, but they got beaten with 0-2 at the Red Bull Arena. Both goals were scored in the first half, when Kevin Kampl and Timo Werner beat Wolfsburg’s goalkeeper Pavao Pervan.

In the same time Eintracht Frankfurt continue their fight for a Champions League qualification. Right now Eintracht are 4th in the standings with 52 points, but being just one point ahead of the 5th Borussia M’gladbach. It’s going to be a close fight. So far Eintracht have a league record of 15 wins, 7 draws and 7 losses. 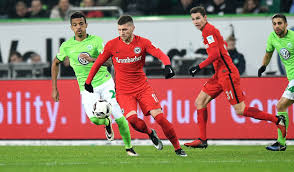 Eintracht were enjoying a run of four consecutive wins in the league, but in the previous round they suffered a surprising 1-3 loss at home against Augsburg. Goncalo Paciencia opened the score for the home side, but Augsburg won the game with two goals from Marco Richter and one from Michael Gregoritsch.

During the week Eintracht had a fantastic game in Europa League, winning against Benfica and reaching the 1/2-finals of the competition.

This game between Wolfsburg and Eintracht Frankfurt is pretty important for both teams, so you shall expect a fight here.