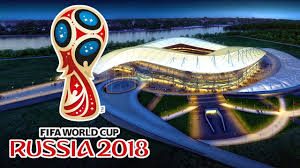 Belgium faces England in a match for the third place at the FIFA World Cup in Russia. This game is going to be played at the Saint-Petersburg Stadium in the city of St. Petersburg. Let’s have a look.

Both teams had terrific campaigns at the World Cup, reaching the 1/2-finals for a first time since many years. The Red Devils were eliminated by France, while England lost against Croatia after a winning goal from Mario Mandzukic in the extra time. We can say that both sides made their fans proud, despite being unable to reach the final. They did good and there’s nothing to be ashamed of. 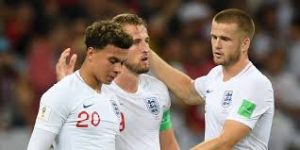 These two teams were also together in the group phase, where Belgium won with 1-0. It was a strange game, because both teams were already qualified for the next round. The two managers Roberto Martinez and Gareth Southgate used mainly their reserve players, while the starters got the chance to rest. Adnan Januzaj scored the only goal in the game.

Given the fact that this is a match for the third place and the key players of the two teams are already very tired, don’t be surprised to see once again many of the reserve players on the pitch. Winning this game would be good for both sides, of course, but in reality it doesn’t make much of a difference if you’re third or fourth at the World Cup. Maybe Martinez and Southgate will make some changes in their line-ups. 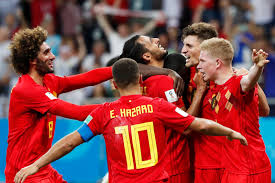 Belgium’s right wing back Thomas Meunier is returning to the squad, after being suspended against France. The PSG player said that Belgium are really motivated to win the third place at the tournament. Of course, the Red Devils are still dissapointed of what happened against France a few days ago, but it is what it is for them now.

Gareth Southgate can’t use the right wing back Kieran Trippier, who got injured during the loss against Croatia. Liverpool’s youngster Trent Alexander-Arnold could replace him in the starting line-up of the Three Lions, despite of being just 19-years old at the moment.

This is a very important game for the Golden Boot race as well. England’s captain Harry Kane is leading the goalscorers chart with 6 goals, while Belgium’s Romelu Lukaku is following with 4. For the Manchester United striker this is a last chance to catch up with Kane and eventually win the Golden Boot of the tournament.

It’s a strange feeling to play after such a dissapointment at the 1/2-finals, but both teams do not have a choice here – they have to play. Winning the third place would be at least some joy for the fans, who got so hurt because of their teams’ losses few days ago. Belgium and England are going to be dissapointed that their World Cup finishes in such a way, but for them this is a good opportunity to say “goodbye” to the competition with a positive result.