We are taking out attention to the city of Bern, where Young Boys are hosting the giant Manchester United in a match from Group H of the UEFA Champions League. Let’s have a look.

Young Boys are the team which stopped Basel’s dominance in the Swiss Super League. Some would say that they did the impossible, because nobody really expected to see Basel dethroned. Now Young Boys would like to try to leave their mark in Europe as well, being a part of the Champions League.

In the Swiss Super League Young Boys are showing everyone that they are still the best team. They are currently leading the league standings with a perfect record of six wins from six games played. Their advantage in front of the 2nd St. Gallen is currently 8 points. In their last game Young Boys celebrated a 3-0 win during the visit to Sion. As it looks right now, they are once again the number one favourite for the title.

Manchester United had some serious difficulties in the start of the season, but after two consecutive wins in the Premier League, against Burnley and Watford, it seems that the situation at the Old Trafford is getting better. The manager Jose Mourinho 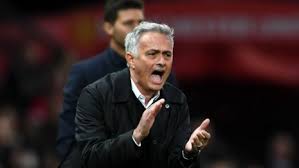 had a meltdown with the media after the 0-3 loss against Tottenham, but these two wins gave him a breath of fresh air.

In the Champions League United are looking for their first final since 2011. Last season the club had a very dissapointing campaign in the tournament, being eliminated by Sevilla in the 1/8-finals. Now the goal is to do much, much better than last season.

This is our look at the Champions League clash from Group H between Young Boys and Manchester United. We wish you a good luck with this one.