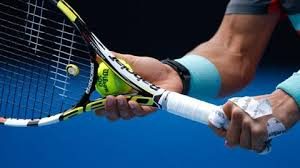 The №1 seeded Novak Djokovic against Daniil Medvedev and Richard Gasquet against Gael Monfils are the semifinals in the Aegon International tennis tournament in Eastbourne.

Djokovic reached the semifinals after a dominating display and two wins by two sets since the start of the tournament. In his first match he met Vasek Pospisil from Canada and beat him with 6-3 6-4.

During the 1/4-finals the Serbian star had to face Donald Young from the USA. Once again he didn’t lose a set, qualifying for the semifinals after a 6-4 7-5 win. This is a really difficult period for Djokovic, who is not having the best results in the last one year. Can he change his fortunes at the Wimbledon? Winning the tournament in Eastbourne would be a good beginning of his journey in London.

His next opponent Daniil Medvedev from Russia reached the semifinals, after beating three opponents so far. In the first round he beat the №5 seeded Sam Querrey with 6-3 7-5. In the second round Medvedev once again won, beating Robin Haase with 6-4 7-6. During the 1/4-finals the Russian player lost a set for a first time, but despite of this he managed to overcome Steve Johnson from the USA – 6-3 2-6 6-3.

In the other semifinal in Eastbourne we will witness a match between two French players – Richard Gasquet and Gael Monfils.

Gasquet reached the semifinals, after winning his matches against Frances Tiafoe, Kevin Anderson and John Isner.

Meanwhile the №2 seeded Gael Monfils had a bye in the first round. In the second he had a tough battle against Cameron Norrie from Great Britain, but he managed to win with 6-4 7-6. He reached the semifinals after beating Australian Bernard Tomic with 7-6 6-0.