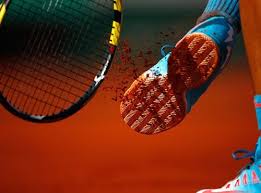 Rafael Nadal versus Dominic Thiem – this is the final of Roland Garros 2018 in the men’s singles. For Dominic Thiem this is a first Grand Slam final, while Rafael Nadal will play for an impressive 11th title in Paris.

The King of Clay Rafa Nadal reached the final after a win in three sets over Juan Martin del Potro in the 1/2-finals – 6-4 6-1 6-2. Nadal had some problems in the first set, when Del Potro was fighting hard, but in the second and the third set the Spaniard was dominating his opponent.

Meanwhile the Austrian Dominic Thiem reached the final after a win in three sets against the Italian sensation Marco Cecchinato – 7-5 7-6 6-1. Cecchinato, who surprised all tennis fans with his performance in Paris, fought hard in the first two sets, but in the third one Thiem finished him in a dominant fashion.

On Sunday the 32-years old Nadal will play for his 17th Grand Slam title. How we pointed out, he has won Roland Garros 10 times so far, which proves that he’s the greatest clay court player of all times. He’s also defending his title from last year.

The 24-years old Dominic Thiem is one of the most talented players from the new generation. The Austrian reached his first Grand Slam final, but it won’t be easy for him against the best clay court player in history. For Thiem this is a great achievement to reach the final. Let’s see if the can trouble Nadal.

So far Rafael Nadal and Dominic Thiem have met 9 times. The Spaniard have the advantage here – 6 wins for him and 3 for Thiem. It’s an interesting fact that all of these 9 matches have been played on clay court. And here’s the moment to mention that Thiem won the last one – at the ATP Masters in Madrid. Can he do it again in Paris?